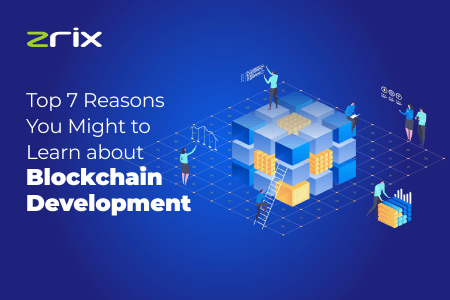 Blockchain is a distributed digitalized ledger technology that uses a point-to-point network to facilitate valid and exceptionally secure transactions.

It was introduced in 2008 and first used in 2009 as the technology to use Bitcoins. Since then, blockchain has grown in popularity and utility across a wide range of industries.

Following bitcoin, there have been other cryptocurrencies that operate on a blockchain network.

Along with the technology of cryptocurrencies, blockchain is proven to be valuable in fields such as governance, cybersecurity, industrial processes, the financial sector, entertainment, and so on.

The Blockchain technology Is Extensive

When some people hear the term blockchain, they immediately think of Bitcoin, Ethereum, and other cryptocurrencies. In reality, blockchain is a larger phrase that refers to the entire internet realm.

It is more akin to a traditional centralized internet, which writes data to a single database. In essence, blockchain decentralizes data into distributed yet linked computers in the form of blocks (nodes). Indeed, its concept is broader and does not limit itself to cryptocurrencies.

As a result, if you assume you'll limit your tasks to cryptocurrencies exclusively as a blockchain developer, you're mistaken.
Furthermore, we've seen NFTs emerge from the blockchain. Then there's Decentraland, the Metaverse, and other developments. You can accomplish anything in blockchain development that you could do in traditional programming. And, strangely, there is so much originality to be found in the blockchain. Finally, there is a far longer train of opportunity for developers than you might have expected.

The Talent Is in Popular

Decentralized finance is gradually being used by a growing number of businesses and industries (DeFi). They are now either converting their tech stack to blockchain or incorporating this technology layer into their existing architecture. While this technology is currently used by many industries, including the health care industry, the skill set required to use it is limited.

It's therefore unsurprising that, according to Forkast, 81 percent of top organizations polled are already actively embracing blockchain. Furthermore, Markets & Markets predicted that by 2026, the blockchain market would have grown from $4.9 billion to $67.4 billion.
With these data, there is no better moment to concur that there will be an increase in the need to become a blockchain developer as time goes on. So don't worry, you're on the right track.

To minimize regrets, it's always a good idea to think about the potential profitability of a skill you want to learn—especially if you want to create a career out of it.

The average annual income of a blockchain developer in the United States is more than $100,000, according to Glassdoor. With that type of money, you should be able to live comfortably no matter where you live. Furthermore, with a steady increase in demand for expertise, blockchain development Service Company offers a stable income and a promising career.

Disruption of the Chain

Blockchain is upending existing procedures and chains with its groundbreaking concept of a peer-to-peer network and distributed ledger safeguarded by cryptocurrency software developers. According to the established system, every fundamental operation and activity must be controlled by a centralized authority. However, blockchain technology eliminates the need for a central authority, allowing two parties to do secure transactions with one another at a faster rate. This has caused havoc in banking systems as well as the chain of activities in enterprises. This critical transformation in how businesses and organizations may operate in the future is expected to create greater chances for people to benefit.

Blockchain Development is easy to learn

Blockchain, like any other programming technology, necessitates time and effort to master. However, the concept of blockchain development and design is not as tough as you might think.

The expertise gets significantly easier to learn if you have a background in web development languages such as C, C++, Java, Python, NodeJS, and Go. With skill in one or more of these, all you need to become a blockchain development specialist is a strong understanding of how the blockchain works. You may learn about blockchain development by searching for online courses or attending physical classes.

However, if you're new to web development and want to pursue blockchain, you should first brush up on your web programming skills and computer science knowledge before diving in.

Some numerous frameworks and architectures are already in use

Many frameworks and algorithms exist as a result of open-source contributors to make your job as a blockchain developer easier.
Existing blockchain frameworks such as Ethereum, Corda, Ripple, Hyper Ledger, and others provide asymmetric key algorithms and hash methods to simplify cryptography or encrypted transaction records.

Some even have smart contracts built-in for simple and logical state management during transactions. So you have all of the necessary tools at your disposal.

Of course, as previously stated, you cannot overlook the need for solid knowledge of blockchain development, as this will help you better identify the vital tooling you require for a project.

In terms of technology, blockchain is the market's dominating player. Blockchain technology may have an impact on industries other than banking. Blockchain could be used in supermarkets, energy resources, healthcare, elections, and many more industries in the future. With this, you can begin the shifting process and ensure that transactions on the Blockchain platform are maintained while also driving ubiquitous value.

As a web developer, you can specialize in a variety of fields, including blockchain technology. Although there are rumors about its intricacy floating around, there are more reasons to get started now than not. Furthermore, as previously stated, it is not as complicated as many people depict. In any case, that's not a guarantee of smooth processing. However, once you get started and are enthusiastic about it, you'll discover that blockchain development is easier than you expected.