Why Use Ruby on Rails Development Services For Startups? 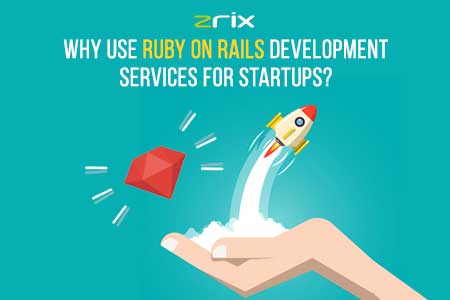 If I am asked to describe the Ruby on Rails framework in a few words, then I would say, “it is a startup friendly, well-supported and flexible.” Being scalable, and secure though provide advantages to startups who use Ruby on rails or ROR development services.

The creators of Twitter, Shopify, Airbnb, Netflix, Twitch, etc and many more have been using Ruby on Rails to create websites and web applications or web platforms.

Is Ruby on Rails a legitimate choice for developing websites and web apps?

Clearly, the answer is yes! In this post, I’d talk in detail about Ruby on Rails benefits, ROR web development features and how your startup will make to success if you choose ROR framework above other programming languages.

Let’s look at some Ruby on Rails features that made it a popular web application development language.

Ruby on Rails is Time-efficient

Due to Ruby on Rails consistency, Ruby on rails programmers follows standardized programming conventions and file storage to keep your project structured and readable. Also, the developers need less time to update any code in the future.

If one developer works on controllers, then the other can work on models. This workflow let the teams develop applications three times faster than with different design patterns.

Finishes Task In The Best Manner

Rails framework has a lot of fans all over the world. Today, there exist more than 3000 gems which let ROR developers or programmers add any functionality to their projects.

Since Ruby on Rails gems adds features, they save plenty of time and effort of a developer, speed ups the fast product development. Thus, a variety of gems create different web applications with varying functionalities in CMS to e-commerce stores.

Since Ruby on Rails promotes best coding practices, the gems helping web development companies in USA improves coding style, test codes and debug on short notice. Everything then results in the superior quality of a final product.

Ruby on Rails Scale Up The Quality

Ruby on Rails focuses on software engineering like no other framework. The Rails developer community instructs DRY (“Don’t Repeat Yourself”) & KISS (Keep it Simple, Stupid!) principles in coding for web applications and Ruby on Rails websites.

Most startups experience problems due to their tight budgets. Using Ruby on Rails development services for startups and entrepreneurs can save their valuable money in several ways.

Ruby on Rails is Scalable

When building an IT startup, a business owner must think about scalability. It is the potential which handles increased loads and more requests per minute. Getting lots of visitors per day is what any website or mobile application struggles.

That is why, as a ruby on rails development services provider, you should prepare in advance and make sure that the website copes with all the visitors you attract.

Shopify, an e-commerce platform processes 4 million requests per second and is the most cited example of a scalable ROR or Ruby on Rails product.

Ruby on Rails is Secure

Ruby on Rails framework has given special attention to the security. Some built-in security features are always enabled by default and give a complex security assurance process.

Lastly, the broad developer community keeps Ruby on Rails update and regularly tests the security of Ruby plugins, modules and applications before the release.

All these features of Ruby on Rails are highly useable and makes Ruby on Rails development services in North Carolina, USA best for starting up an online business.

Since Ruby on Rails is an open source framework, it works collaboratively and supports thousands of developers all over the world. Moreover, in terms of Technology, it is rapidly pushing the software development industry forward.

It turns out that there’s no other equally advanced web development technology for creating online products, platforms, and services when compared to Ruby on Rails.

Besides, Ruby on Rails is not about the technology but is about the efficient workflow in addition to the ability to create the best products.