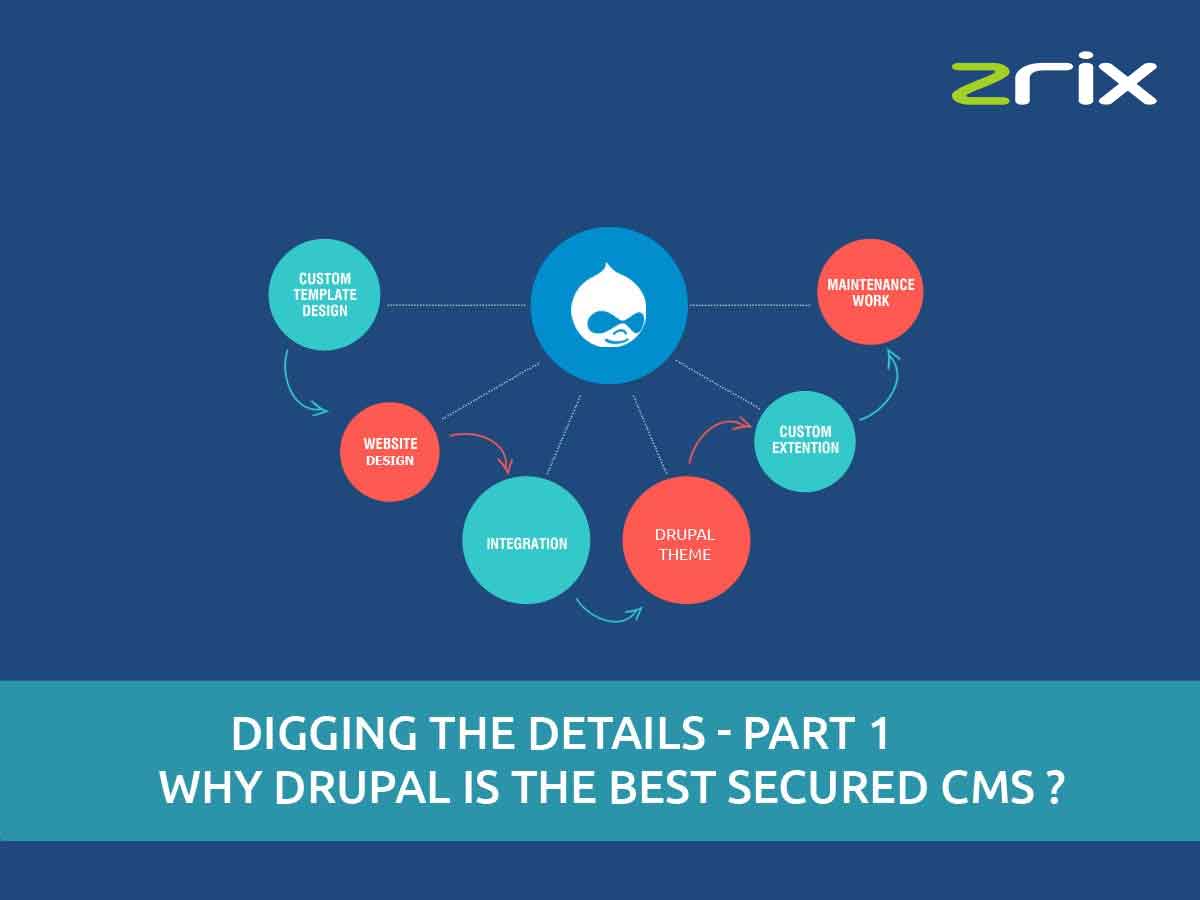 As the cyber attacks are becoming more and more common now a days and a host of biggest CMS websites are also becoming the victim of hacking, the people are growing suspicious about the security of their data on the internet. Right from servers to CMS the issue o security is plaguing multiple aspects of web hosting. One of the most critical question that is doing rounds in the web community today is “with the entire internet m nth e mercy of the mighty hackers is there anything called security in the digital arena” All the CMS shy to answer save one- Drupal stands his neck up and voice firm and says “Here, I am!” Yeah dramatic it is, but it is, to a great part, true. That it is being trusted by the most powerful man (or rather position) on the planet today is not news anymore. But apart from White House link there are many other, solid reason to believe that Drupal is much better if compared to a number of other popular CMS.

According to a report a large percentage of Fortune500 companies rely on the security offered by the Drupal! Besides, as many as 470 among Quantcast’s top 10000 websites are also powered by Drupal.

Weather.com is one of the most respected channel that is positioned at number 98 in the top 100 picks of Quantcast and its reliable ecosystem rests o the Drupal!

Economict.com is a publication that has already seen the trends and eras come and gone by. But it stayed thanks to the integrity, fair reporting and onetime news. Now as the Economist has decided to embrace the digital technology, the timely reporting, and a stable platform is not an option but a condition for surviving with dignity. It was the Drupal hat they prefer over other platforms for supporting their website. There are a number of other reputed publications that rely on Drupal for publishing the content hassle free and in a hacking-free environment!

The facts behind Drupal security

There is one misconception in the mind of people. Drupal is a community-driven venture and an open source. An advantage of being OS is that it is available free but there rises a concern too as it’s codebase can be accessed by anyone who wants to test it, how come the Drupal is able to keep its security intact for Drupal web development. The definite answer can’t be a claim not cans it be a mastery of words. SO w would present logic facts and figures that blend together rand in unison they say “Drupal is indeed safe we vouch!”

Manpower is the very first things to be considered when we talk about security of a platform or a CMS. On this front upon analyzing we will find hat Drupal enjoys a clear advantage of every 1 million community members, most of them are active knowledgeable and experience. Even if we take into fact that only a certain percentage of the 1 million+ community actively take part in development process the numbers (of even that tiny part) will be a figure one cannot ignore. When simultaneously a large community is working for the security a platform that ought to be safe!

But we won’t blanket the matter with a translucent sheet. Let us expose it because you want the numbers currently Drupal has more 1000000 contributors who are actively participating in security issues and possess expert and dynamic knowledge.