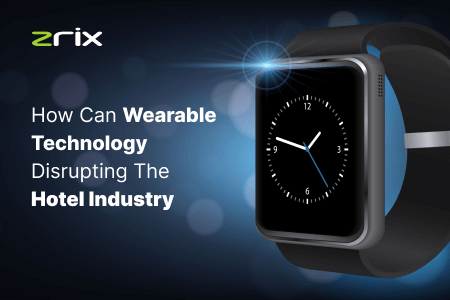 Electronic technology or electronics placed into products that can be safely worn on the body are known as wearables. These wearable technologies are used to keep track of data in real-time.

The feature includes motion sensors that record your daily activities and sync them with mobile phones or laptop computers. Wearable electronics, following the creation of smartphones, are the next significant technological breakthrough.

Wearable technology was employed in the field of military tech long before it became popular among the general public. These instruments were an important part of the military's medical and healthcare industry.

Wearable Motherboards or Smart Shirts are devices that track the health and well-being of patients and relay real-time data to a central hub point.

There are numerous sorts of wearable devices on the market nowadays!

Smart Watches are timepieces that do greater than tell the time. It sends users alerts about their calls, texts, emails, and social media updates, among other things.

Enables the customers to keep a record of how many steps they take per day and actively monitor their heart rate. The technology can calculate and report precise data on calorie consumption and workout done by the client using this data.

Transports you to a virtual reality world. It delivers virtual data to your eyes directly.

The wearable devices are designed specifically for athletes who enjoy running, bicycling, swimming, and other activities. These devices include a GPS monitor that records data such as the user's pace, pulse rate, and so on.

Smartwatches are made to look like jewelry, with a focus on ladies. When a user's phone is out of reach, these jewels alert them to send texts, calls, or emails.

Under the skin, these wearable electronics are surgically attached. These are commonly used for medical purposes such as monitoring contraceptives, insulin levels, and so on.

Throughout the epidemic, the medical future of wearable technologies has been widely used to improve symptom tracking, social distance rules, and quarantine compliance. Their utility arises mostly from the fact that they are intelligent, passive, and capable of continuous monitoring with minimal human intervention. Second, they're simple to set up and utilize in in-patient or remote situations, allowing for non-invasive patient examinations. Finally, the benefits of wearables technology can provide objective assessments of physiological markers that can be linked to practical wireless community technologies and used as a platform for real-time recommendations to patients and doctors.

In addition, a new wearable technology created for inhabitants of senior living facilities combines patient activity and nurse identity information with electronic medical reports. Care groups can use an integrated system to look for patterns in a resident's stance and tailor therapy sessions.

Wearable sensors and location-based monitoring technologies for acquiring real-time medical knowledge and providing health services could have significant consequences for the hotel industry as well. In the hospitality industry, the functions of wearable technology are less easily defined, allowing hotels and cruise ships, for example, to deploy wearable technology in more innovative ways.

Cruise ships can obtain sensor data about devices in near-real-time wherever the mesh network is placed thanks to the use of a mesh network, in which units (or nodes) are linked together and department off one another. The mesh network can also be utilized to collect data from mobile generators, gasoline reserves, vehicle maintenance and usage data, and other important properties. Furthermore, contemporary equipment comes with BLE smartphone interfaces that collect standing and sensor data, usually through a proprietary app.

In a different hospitality industry trend-setting, motels may employ these units to better tailor customer experiences. If a lodge monitors COVID-19 air quality and sees that it is declining in a certain area of the lodge, this may be signaled on a visitor's wearable, signaling that they need to shift to a particular zone. Sensor technology might even be utilized to monitor the quality of the air from the wearable device. In the event of an emergency, alerts and, if necessary, guidance can be sent through the mesh network. A fire alarm with a warning to stay away from a specific region or space is an example.

Furthermore, low-cost mesh gateways can be connected to any TCP/IP port or Wi-Fi access point with global connectivity. All mesh-tagged persons and gear have constant visibility in even the most remote locations. This could very well be suitable for a shore excursion. Also when world connectivity isn't available, a mesh device in a waist clip package deal could provide by the Tours & Travels App Development leaders with consistent passenger accountability via a daily smartphone for local visibility. The tour guide's smartphone would have an alerting feature, so the tour guide would realize who had walked too far away.

Prospects and challenges of wearable tech

Using GPS and Bluetooth to indicate the existence of a COVID-19 contact, various health metrics, and hospitality features is fraught with controversy. Several opponents of wearable technology claim that they establish a bad precedent, citing how governments and corporations have raced to capture sensitive personal information without adequate safeguards in place, ostensibly to prevent Covid-19. This is why businesses must be transparent about their information policy and follow knowledge norms. To reduce these changes, you would definitely go with Hire wearable App developers.

Targeted digital pulses to certain sections of the mind is an enticing aspect when it comes to numerous prospective wearable tasks that would come into action soon. This technology, known as a brain-computer interface (BCI), will lead to scenarios only previously envisioned in science fiction stories. Consider being able to communicate mentally with family and friends and even replaying desires or memories. Elon Musk's Neuralink company has demonstrated the early stages of this technology, although it is still far from widespread use. Nevertheless, the continuous use of wearable technology in the hospitality industry implies that new horizons are ripe for exploration.