Which One To Choose For Your Business Hybrid VS Native App? 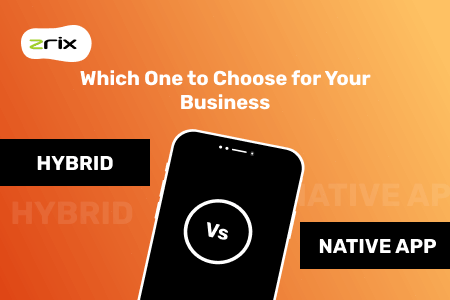 According to the recent stats, the total number of smartphone users in the world is around 5 billion and the worldwide smartphone shipment has crossed 350 million. By the end of 2021, it is expected that it will cross 420 million. Clearly, we live in a strong mobile presence world!

Currently, there are around 3 million applications on Google Play Store and iOS App Store. It’s a powerful stat that tells the complete story and the importance of mobile app development and digitalization around us.

And our today’s blog is all about the Hybrid app vs Native app. Let’s start!

In the last ten years, after the coming of smartphones, mobile applications have become the king of all existing innovations. As the app development market expands, adopts new ways to incorporate mobile apps in the business workflow to gain better market outreach and make good profits, many new startups face some challenges.

The most common challenge faced by every top mobile app development service provider in USA is to select the type of app. We mean what kind of app should be developed from hybrid, native, and cross-platform?

You can point out several types of app development approaches in the market. The more you explore, the more you confuse. Thus, in this blog post, we will end your confusion.

Once, you have all this in your mind, you will be able to choose between a hybrid mobile app and a react native framework! 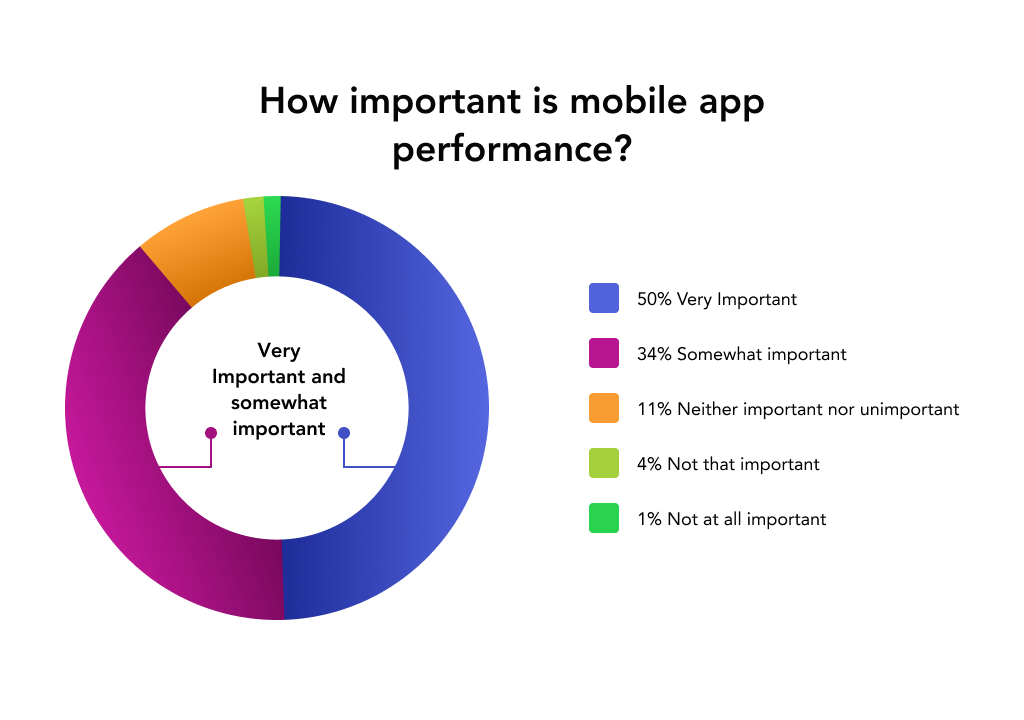 Difference Between Native and Hybrid App!

Native apps development is based on the Android and iOS platform programming language, where the apps are made compatible with the device’s operating system.

Hybrid apps development needs the usage of web technologies such as HTML5, JavaScript, and CSS with respect to the native elements. Hybrid apps appear like platform-independent websites that display a native web view, for different operating systems such as Android and iOS.

If you are interested in developing native and hybrid apps for your business purposes, then you can contact the professional mobile app development team of CMS Website Services. We have great expertise in hybrid and native app development.

Thus, you can develop the best applications with us!

Furthermore, we clear your all doubts and questions in the app development brainstorming session and tells you about the assistance we provide. Contact us right now!

CMS Website Services will be glad to help you with your app development project and provide you the best professional consultation. 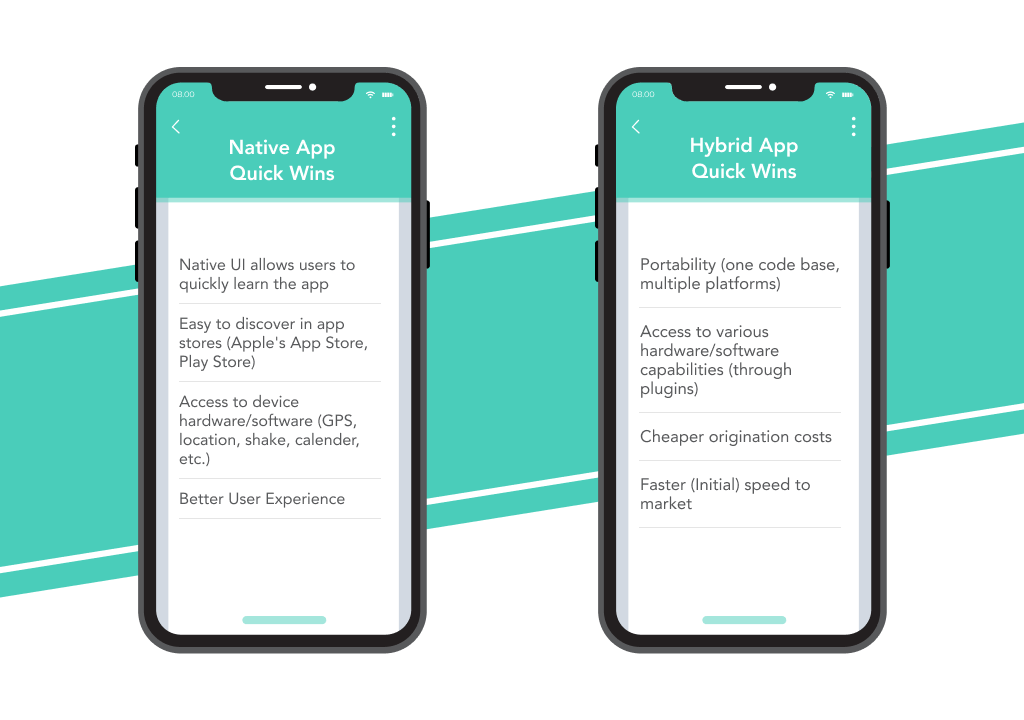 Native App development is the most influential technology that gives the best performance similar to image processing, as opposed to versatile cloud applications or web applications, which are intended to be universal across the OS.

Mostly, there are two important OS, Apple's iOS, and Google's Android. Native mobile applications are planned in a code that is basically utilized for the smartphone and its OS.

Aside from being quicker, it additionally empowers the clients to gain admittance to all the local (UI) controls and formats. This suggests that you need to grow explicitly for every stage, which would require a bigger financial plan and a greater team size if you choose native. 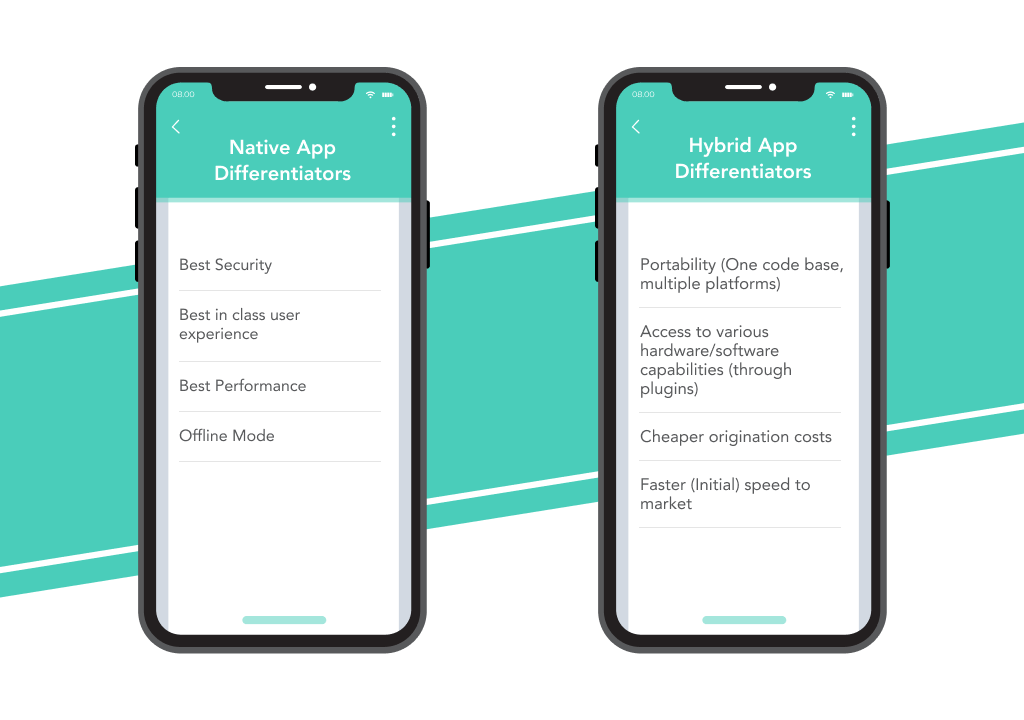 Hybrid Apps with the assistance of inbuilt APIs (Application Program Interfaces), hold total admittance to the smartphone's features. As a result, hybrid apps can't work offline but native apps can work as they are downloaded.

A hybrid application ordinarily has usefulness like a web application as it is fundamentally founded on a webpage-based app. Web applications are intended for different stages and are not introduced on the gadget, yet are open over the Internet through an internet browser.

Hybrid applications commonly allude with versatile computing, which is a technology to empower and transfer the data, information, voice, and video through a PC or some other remote electronic gadget, without being associated with a substantial connection.

Hybrid VS Native: Which Is Better?

We have also gone through the primary characteristics, advantages, and disadvantages of both hybrid apps and native apps. We also now understand the development of nature and the approach required in app development.

Native apps give you advantages with respect to the specific functions related to the operating system such as in-built camera, GPS location, address book, and more.

However, hybrid apps are seen to receive complaints about performance and UI. If you now make hybrid apps then make it with a good thought.

Furthermore, hybrid application and the native application, the native give you the best security, performance, responsive user interface, and access to different internet-enabled native APIs.

In other words, it will be good if you do an investment in a top react native app development company in USA and use their services to make an industry-standard application.

What is your view? Which is the best between the native app and hybrid app development?