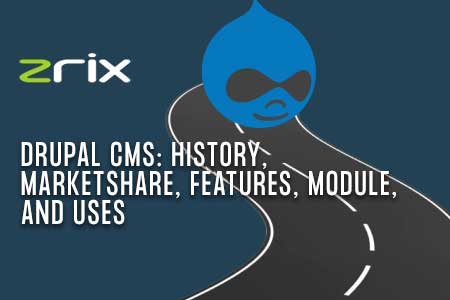 Drupal is a free and open-source CMS (Content Management System) framework in PHP which is providing backend development since last one decade for sites like personal blogs, corporate, political, government, etc. worldwide.

There are many content management system examples like WordPress, Magento, etc. but the latest version of Drupal, Drupal 8 is the most successful version, and Drupal 9 is expected in the year 2020.

Drupal is considered as the best CMS of all times. As a result, Drupal web development in USA is the major focus of any IT Software company providing web services.

The market trends show that Drupal is going to remain as one of the top 5 CMS platforms in the coming years. Furthermore, its features and uses are growing with every new version and we hope that it can surpass WordPress in no time.

A CMS manages the creation, modification, and publish digital content while supporting multiple users working in a collaborative environment. A CMS in web development is designed to support content formats like audio, video, images, graphics, text, maps, program codes, and many more.

There exist various CMS platforms; WordPress is best, but everyone has their eyes set on Drupal. To hire Drupal Developers in USA , feel free to contact us anytime!

Drupal was originally written by Dries Buytaert and became an open source project in 2001. Interest in Drupal raised in 2003 when Howard Dean, a candidate in 2004 US Presidential election build DeanSpace.

When Drupal 6 was released in 2008, downloads of Drupal software increased to 1.4 million. After the release of Drupal 7 in 2011, Drupal development won several open source awards especially, Webware100 three times in a row.

By January 2017, Drupal has 1,180,000 websites worldwide after Drupal was first released in October 2015. Drupal 9 is currently under development and is expected to hit the web development market in June 2020.

Why Drupal Web Development Is Best?

Second, the Drupal’s popularity is due to its features that simplifies custom website development by facilitating content management and providing support to advanced user management.

This is possible because of the following Drupal features:

As per the Drupal business survey 2018, Charities and Non-profit Organizations, Banking, Healthcare, Government, Public Administration, Media, Marketing, and Advertising are those areas which extensively use Drupal 8 development services.

As a result, the average deal size of Drupal projects has increased to 51.5% with a market share of around 4.7%, which stands second after WordPress.

Today, 59% of websites in the USA are made in Drupal! More importantly, the conversion of older websites via Drupal 8 migration services lead 27,863 Drupal sites in the top one million.

Drupal's tagline “Come for the Software, stay for the Community” fits this Open-source software.

The Drupal community maintains a large and extensive platform for digital innovation and ideas, along with marketers, designers, and Drupal web developers for creating and managing the great website, social experiences, web traffic and mobile performance.

Since Drupal is an open source CMS, Drupal developers customize their projects according to precise needs and extend via themes, modules, libraries, etc.

Drupal’s community is the biggest in USA where you can find anything, any answer to your query. You can also hire Drupal developers in USA by contacting us below. 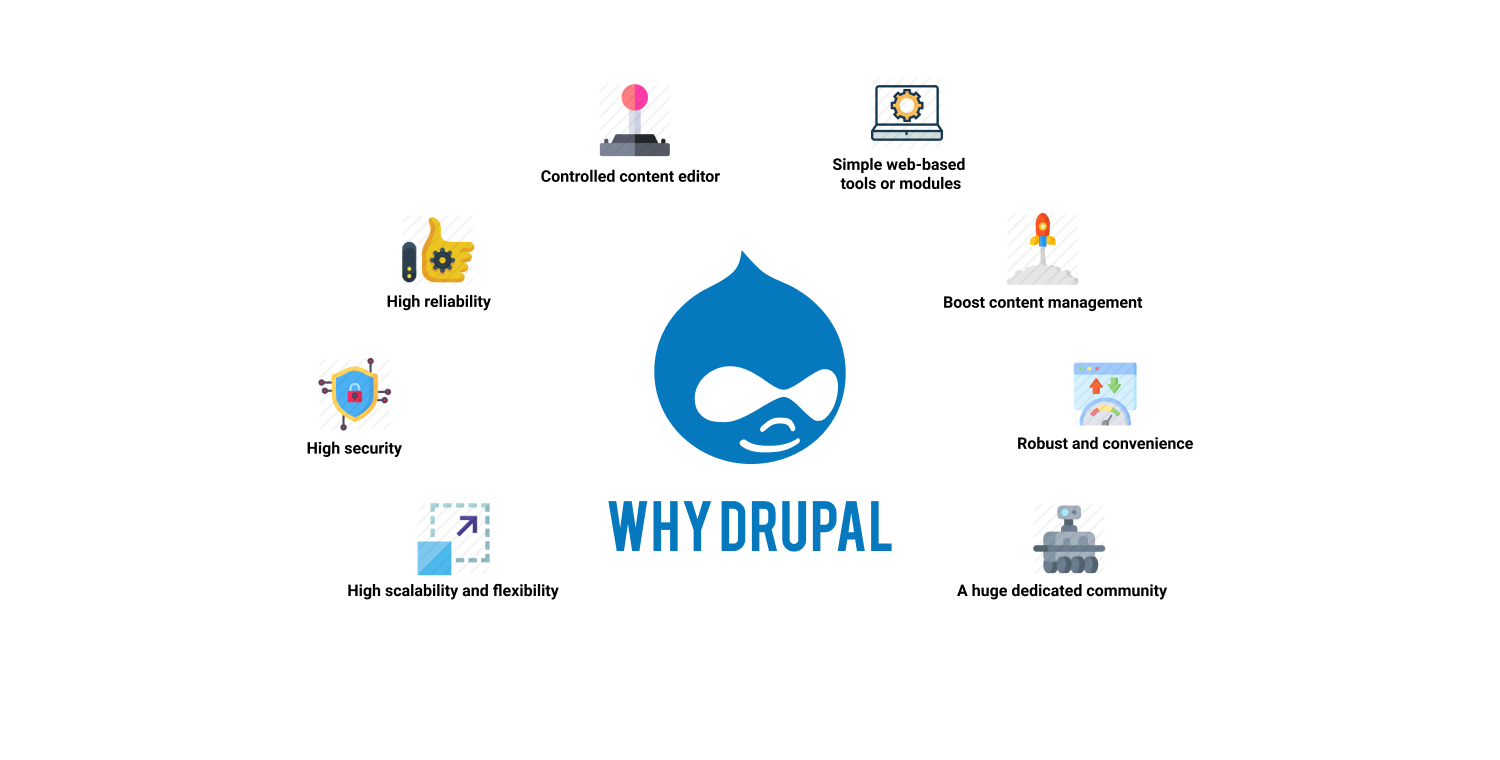 Drupal’s framework and backend architecture are robust, stable, reliable, well-tested, and ultimately wed advantageous. Touted as the most superior CMS, uses of Drupal has given it a stronghold in the web development market.

Few of the Drupal uses are as follows:

Drupal hits everyone's mind when we talk about CMS Website Services. Today, it has developed into one of the widely used CMS to build a website.

Being a sophisticated programming interface, it is more of a developing platform than a simple CMS tool. Although there is no requirement of programming skills, this system is more advanced as compared to other CMS used by Drupal developers and web development company in USA.