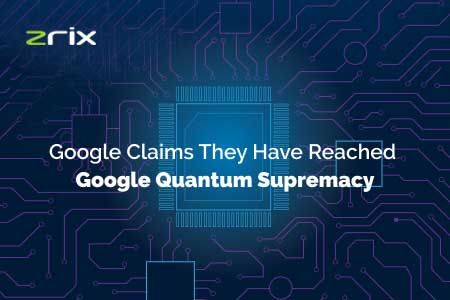 We all have read about computing at our computers and supercomputers. But, now it is time to read about the quantum supremacy. A Google quantum computer as per the reports outpaced the ordinary computing technology and achieved a milestone in data processing.

Google named it ‘the quantum supremacy’ disclosed the experiments results in the journal Nature on Wednesday. This achievement came after the decades of work at Google and led to the foundation of quantum computing chip known as Sycamore.

Though Google claims it to be the first successful quantum computing chip, few tech industry experts and companies have challenged Google’s results. Also, it raised a question on Google’s firm achievement.

However, since Sycamore revelation on 23 October 2019, the world has already started digesting it! On the other hand, data computation experts say that some quantum computational tasks are beyond supercomputers, it looks quite too early to say if the quantum supremacy from Google represents a new dawn for information technology.

At the very least, quantum computers as a routine part of life are likely to be decades or more into the future.

Many websites, bloggers, etc. have started writing about it, we being a top custom software development company in USA decided to present a brief report describing the experiments done by Google and the future we might hold in the coming years.

Many research teams around the globe were working on data processing using quantum power computation phenomena. There are no two ways of thinking that quantum supremacy should exist or not.

For understanding it in a better way, let’s check onto the reports what Google has to say!

Google claims to reach a major breakthrough in quantum computing research from their successful experiments in quantum technology.

The Google team said that their quantum computer processor completed a complex mathematical problem within 200 seconds as compared to the world’s fastest supercomputers which would have taken 10,000 years for completion.

What is Quantum Supremacy? It can be described as a point where computers perform a calculation at a quantum speed which traditional computer can never complete within their lifetime. 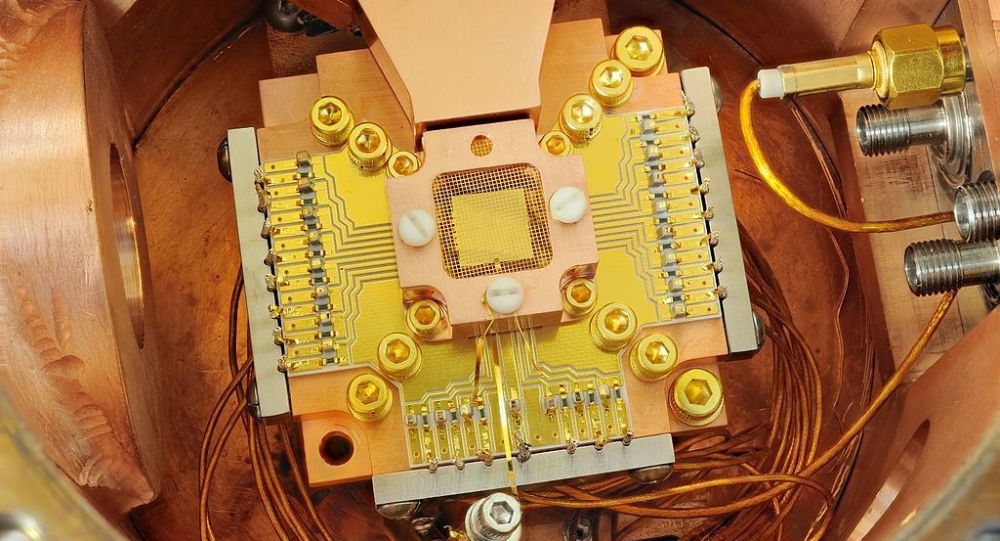 ​What Is Quantum Computing?

Quantum computing is under experiments since the last 2 decades and is still called a developing technology. Experts believe that quantum computers one day will revolutionize many industries in the way they process data.

Major technology companies like Google, Microsoft, IBM, Intel, etc. have been working on quantum computation, and Google has won the race with its claims.

The Google Experiment For Quantum Supremacy

Google designed the quantum processor, which uses 54 qubits, which collected samples and confirmed the correctness of all given problems.

The quantum computer Sycamore was able to get the solutions within 200 seconds and processed the information millions of times faster than any existing supercomputer.

This is why Google claimed - solving the complex mathematical problem by computation at quantum speed!

Google Chief Sundar Pichai said, “Super fast computer speed was possible in our experiments because of Google's quality control over the qubits".

He further added, “Quantum computing reduced the errors and performed the computation at a large scale; thus, outperforming a classical or traditional computer".

However, many aren’t happy with the results which Google contained in quantum computation. For example, IBM (International Business Machines Corporation)

IBM has been working in Quantum computing for a long time and has raised questions about the claims presented by Google in the Wednesday Journal.

Actually, IBM researchers said in their arguments that the same task performed by Google on quantum can be done on the classical system just only in 2.5 days and that too with greater precision.

IBM suggested a different algorithm and a different classical computer design that can perform the same as Sycamore.

To IBM’s statement or arguments, Google responded back and welcomed the improvements in there quantum computer simulation techniques. However, Google itself told that it was hard to believe for them, but the world's fastest computers failed in achieving what Sycamore has achieved.

To be more transparent and precise to other tech giants, Google released its quantum computer outputs and encouraged the others to try and set different breakthroughs in quantum supremacy.

Google researchers said, “An era of new computing techniques and computers will start and outpace the old hardware while lowering the simulation cost.”

Though Intel also hadn't offered any opinion on the results of Google's quantum computation but did say that the quantum supremacy is a strategic benchmark.

Additional the director of quantum hardware in the Intel Labs Jim Clarke has presented its commitment in moving forward to the commercialization of quantum computation.

The Future Of Google’s Quantum Supremacy

Google is looking forward to building a fault-tolerant quantum computer to help applications like lightweight batteries for cars and aeroplanes.

But with the development of Sycamore, we are in a position to see a clear path that can lead humans to the fastest and sleekest computational ways.

“With Sycamore we’ve demonstrated that we’re now in the NISQ era, performing on real hardware a computation that’s prohibitively hard for even the world’s fastest supercomputer, with more double exponential growth to come. We’ve already peeled away from classical computers, onto a totally different trajectory,” said by Google representatives.