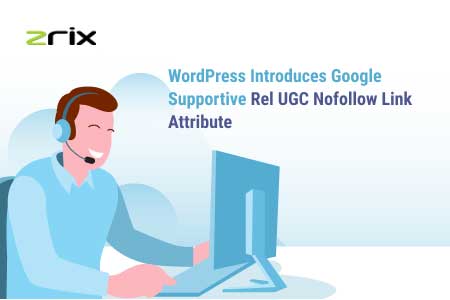 It’s is around 14 years since the nofollow link became a big part of the SEO (Search Engine Optimization) industry. Nofollow links refer to hyperlinks attached to an anchor text along with an HTML attribute.

Search engines use this attribute, especially Google! Google, the world’s biggest company, uses it to ignore the link juice, which gets passed from one website to another. Nofollow link SEO attribute is the antonym of Dofollow, which signals to pass the link authority in search engines.

Recently, in September 2019 Google announced a minor yet important change in WordPress nofollow link attribute yesterday. We covered the whole announcement and now are ready to lay down a report on WordPress Introduces Google Supportive Rel UGC Nofollow Link Attribute.

Google nofollow link got launched in 2005 to prevent comment spamming. Later on, it expanded in usage for any link if you don't want Google to count. Then it was used on links that influence Google’s search results.

Finally, Google started ignoring the no-follow link by pretending as if the link did not exist. Google neither count the link, nor follow it for crawling or indexing, and doesn’t even use it for ranking.

However, now, as per the announcement, Google will again use the nofollow link attribute for ranking purposes. This means that Google now will see the content, anchor text, the attached link, will check if it gets used for spam purposes or organically for ranking purposes.

Though it is a hint to us, will it be used as explicitly directive isn’t a sure announcement!
Other than Google, no one knows if the rel nofollow HTML link will be used for crawling and indexing at some point of time or not.

WordPress announced that WordPress 5.3, which is coming next month in November, will support Google’s link attribute policies by default. Starting November 12, 2019, all dofollow or nofollow links in the comments section will be automatically using the newly announced attributes.

The UGC (User Generated Content), nofollow link attribute, is a set of written codes that was announced by Google on September 10, 2019. The attribute by Google tells that a link present in the context of user-generated content shouldn’t be trusted.

However, the announcement from WordPress and Google didn’t specify if the plugins using old code would degrade the website or will make the website.

What About Multi-Search Engine Compatibility?

Publishers do not get any benefit by using the UGC Nofollow attribute because this attribute benefits Google as it helps Google search Engine to understand that the link was created by someone who is outside of the publisher's control. Therefore, the link shouldn't be trusted!

Does It Deprecate WordPress Code?

The change in Google supportive Rel UGC no follows link attribute will make WordPress to change its code. Here we have tried explaining how WordPress will make changes:

In WordPress 5.3,
wp_rel_nofollow_callback() gets deprecated in favor of more generic callback function wp_rel_callback(), add other rel attribute values to a specified link.

wp_rel_callback() is used by the existing wp_rel_nofollow() function which adds a single nofollow value. But, with the new wp_rel_ugc() function, developers can easily add both “nofollow” and “UGC” values to the rel nofollow link attribute.”

The below example by WordPress clearly tells us how to use the new code:

This much of coding in WordPress is not a very huge task, but to do so you need to hire certified WordPress developers in USA. A knowledgeable developer will bea easily to change your website upon requirements; such as of nofollow right now!

When To Use Nofollow Link Attribute?

rel= “sponsored” The sponsored attribute is meant for advertisements, sponsorships, and compensation agreements. If you are using the “sponsored” attribute as like genuine links, then the link will not pass the link juice.

Furthermore, if you try to fake sponsored/paid links as “ugc,” then Google will give you a penalty!

rel= “ugc” As the forums and comments are increasing, the usage of the “ugc” attribute in place of “nofollow” will make some good changes on websites.

For example, a website like Wikipedia, which is dependent on user-generated content and links, will now replace the rel= “nofollow” to rel= “ugc” attribute. Therefore, the sites receiving linkbacks from Wikipedia or similar sites would see an increase in rankings.

After this announcement if, you are planning to change the existing Nofollow attribute within your site, then don’t do it because Google will continue ignoring the nofollow link till March 2020.

We all know that Google always prefers to remain tight-lipped on it’s ranking factors. Not only this but the search engine giant never make such type of critical announcements.

Now SEO experts believe that it is a new shift by Google, which for recognizing the nofollow attribute, which in the near future can become one of the ranking factors.

Maybe it is because of more and more number of websites prefer nofollow attribute. Therefore, Google corroborated with this fact to uplift other sites in the game of ranking purposes.

As a result, some WordPress Development Services in USA aren’t happy while some are happy as they hope to get a good ranking for their websites.